Torrevieja is pleasantly mild for most of the year and accommodating to most preferences of weather – unless you’re looking for a winter wonderland! The truth is that the best time to visit Torrevieja will be different for everybody – after all, the heat of the summer season (and the busier vibe during the peak) might not be everyone’s cup of tea.

With all that said though, there’s not really a bad time to visit, either. While the area does operate some services and activities on a seasonal basis, there’s always something to see, do, and enjoy – and depending on the type of holiday you’re after, visiting Torrevieja out of season could be just the thing for you.

The hottest months to visit Torrevieja

The hottest month of the year in Torrevieja is August, where daily maximum temperatures can exceed 30ºC, with an average temperature of around 26ºC. The sea temperature reaches a very peasant 25°C – great for swimming! Rainfall is low during August as well, with just 1 average rain day during the month.

June and July are also very hot, averaging 22ºC and 25ºC, respectively. July has the lowest average rainfall, too – with under 6 mm of rain recorded, on average.

Here’s how many hours of sunshine Torrevieja gets on average each day, by month:

The months from April through September have the most hours of sun per day, but you’re most likely to see cloud-free skies in June, July, and August.

The coldest months in Torrevieja

It doesn’t really get “cold” in Torrevieja, but some unexpected cold snaps have occurred.

The coolest weather is in January, when the daily average high is 16ºC, with night-time lows of 6ºC. December, January, and February all have similar temperature ranges.

Things begin to warm up in March, but it’s still significantly cooler in March, April and May compared to the dog days of summer. The March to May window is a good time to visit Torrevieja if you want to avoid the highest temperatures – but rainfall is more likely.

Does it rain in Torrevieja?

Yes, it rains in Torrevieja. But we’re talking about the Costa Blanca – where there are over 300 days of sunshine each year – so even when it rains, it’s not too bad.

The wettest months are October, November, and December.

Note: all the above statistics were sourced from Holiday-Weather.com.

Does it ever snow in Torrevieja?

In January 2017, it snowed in Torrevieja for the first time in 118 years. It’s extremely unlikely to snow, but it has happened! If you’re looking for a ski destination, though – Torrevieja isn’t it.

Are the shops and restaurants open all year round?

As with most destinations that rely on tourism, some shops, activities, and restaurants are seasonal. But Torrevieja isn’t just a seaside resort town.

People live and work in Torrevieja all year round – so there are always shops and restaurants open, even in the low season (during the winter months).

From April to October, just about everything is open. In October, some of the Spanish establishments close until spring, but there’s still so much to see and do (and eat!) outside of the peak period that you’ll never be sitting in your holiday apartment twiddling your thumbs!

The markets and seasonal foods change with the weather, so coming again at a different time of year is like a totally different experience.

So – when’s the best time to visit Torrevieja for you?

If you like it hot and enjoy a vibrant, lively atmosphere, the best time to visit Torrevieja is between June and August. It’s perfect beach weather, with lusciously inviting sea temperatures and the most activity.

If you prefer things cooler, the March to May window is a good bet. Just about everything is open from April onwards, but if you want to enjoy things at a different pace, try visiting Torrevieja just before the summer peak.

If you’re not averse to the higher chance of rain and want to enjoy a quiet beach holiday during Christmas, then the winter months will be great for you. There are still plenty of things to do, and with 6 sunny hours on average per day, you’ll have more than enough time to enjoy Torrevieja in a different way.

Stay at our apartments at Los Locos Beach

Book a stay at one of our holiday apartments in Torrevieja at LosLocosBeach.com. You’ll get everything you need for a relaxing beachside stay in one of Costa Blanca’s most prized locations. 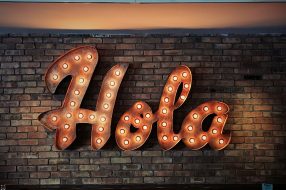 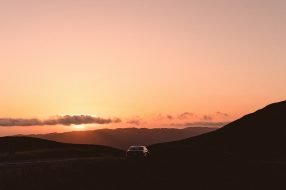 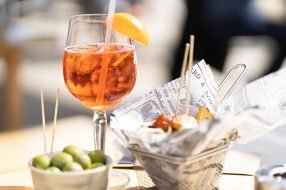 Mountain Biking in Torrevieja – Bring Your Own Bike

“Perfect location, close to everything. If I could change just one thing it would be to rent the apartment in the past to be able to stay there during my previous vacations. Thanks for a perfect holiday home.”

“The apartment was excellent, everything required was available. The position at Los Locos couldn’t be better. Fantastic views and a lovely sun trap on the balcony even in mid December. Torrevieja main town and marina was a pleasant walk along the promenade with plenty of bars and restaurants open. Your agents were extremely helpful while we there. We definitely intend to book with you again.”